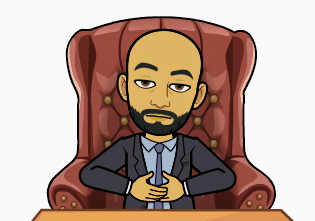 Your librarian for transportation data

Resources for Open Data on Population and Travel

Learn about the people. These are the “denominators” to any numbers you produce. For example, say you use the crash data to find out your street had 10 crashes last year. Is that a lot? Is it a little? We need to use the travel patterns of the people to determine that!

This is one of the best (free) options we have for estimating multimodal traffic. Most of the best options are paid and/or private. The disadvantage of the NHTS is that it only goes down to urban and rural parts of the state, meaning that the trip counts are not at a city-street level. If you are good with modelling, you can turn this data into street-level. You would need to make sure your data matches the numbers you pull from NHTS. For example, one would need the total crashes for all urban areas in Maryland as an appropriate numerator, or all crashes in Maryland. Ingest multiple years of the survey and conduct more powerful data manipulation with the Weststat R NHTS package. One of my favorite variables is TRPTRANS - which shows the mode of travel. Please read the variable documentation to better understand the variables and how they are used. More help documentation for the NHTS here. A compendum of uses shows examples of how this powerful data can be utilized. There is also a web-based analysis tool here. 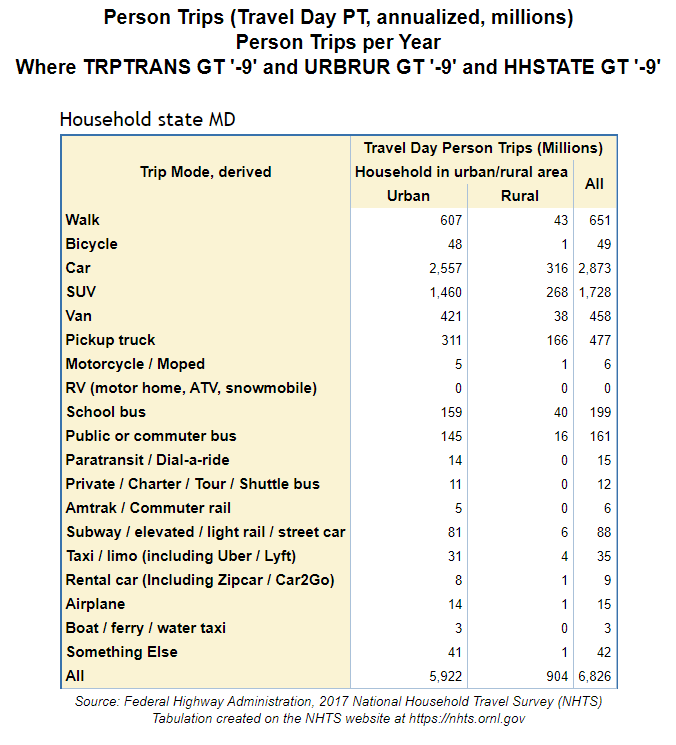 Use this guide to make a rough estimate of a small area (the example I use is a zone around MICA) demographics. The main assumption is that the distribution of a population in a census block is even (which it is not, there may be 60% of a census block’s population in one small corner of the area). But it is a good start to get oriented to modelling.

Good way to take crash data and use a denominator that is representative of the driving population - goes back multiple years.

Traffic volume for state roads and many local roads. Extensive documentation on how traffic volumes are calculated at this link.

Requires a login, but it provides a high-resolution (1 sq. KM) distribution of global population data. This means within Baltimore City, you can estimate where most people live at a much smaller level then just using census blocks/tracts. Also has the advantage of being more up to date than similar services like this.

Based on the NASA EarthData platform (requiring login), Census Grids are an estimation of small-area (less than one sq. mile) population demographics.

This is a bunch of census variables at the zip-code level that you can use as ready made denominators. With any population data, be careful. There are some intricate details to analyzing these properly. But you will be good just making crude rates (number of incidents divided by population) for now. Ask me for help as always.

Tons of information about from the census, grouped at the census-block level.

Data resources from the super analysts at BNIA. GIS-based. Arts and culture, health, safety, demographics, all focused on Baltimore City.

Get a lot of demographic/market-characteristic data points for your zip code, includes a narrative as well. Great example of taking quanitative data and making it qualitative.